In his book “The Holy Longing: The Search for a Christian Spirituality” author Ronald Rolheiser explored the differences between Theist (God centered) and Christian (Christ centered) spirituality. One of the key differences and distinctions of Christian spirituality for Rolheiser was the centrality of the incarnation. Having just passed through Advent and Christmas, I found his words quite striking. Rolheiser commented on the above text from John in a striking way. He translated the text: ”The Word was made flesh and it dwells among us.” He noted that the text is usually translated “The Word was made flesh and it dwelled (or lived) among us.” Generally, the text is in the past tense, but Rolheiser deliberately puts it in the present, or more accurately in an “ongoing” tense. This conveys the thought of the author of this Gospel more faithfully. The actual Greek words here are verbs that connote action that began at a clear point in the past and continue into the present.

Rolheiser made the point that this text is foundational for us as Christians and, as he put it, the incarnation is a mystery of our faith that is generally misunderstood or “under understood.” Generally, we grasp a small portion of the iceberg that is this concept; we only grasp it in part. “We miss its meaning by not seeing its immensity.” During Advent and Christmastide we have celebrated the mystery of the incarnation. As we move through the weeks after Epiphany and prepare for Lent and Easter, we will mark the rest of the story; Jesus’ life, ministry, death, and resurrection. When we come to Easter Sunday, we may be tempted to think we have completed the remembrance of the incarnation, that it has come to its fulfillment.

This is particularly challenging these days when we are separated from one another by masks and physical distancing. Living out the incarnation, God with us, is more challenging and more essential these days.  Rolheiser pointed out that God is still as real, as present today as God was when Jesus walked the earth. God remains incarnate through us as members of the Body of Christ, as the Body of Believers. We have had to adopt new ways of living out the incarnation since we cannot rely on physical presence. We continue to strive to use all the tools we have to make the incarnational presence of God real. In addition to in-person worship we now have live streaming which makes it possible to worship virtually as well. We continue to send out weekly worship material which is also posted on our website. We rely on tools like Facebook and Instagram. We use old fashioned tools like the telephone and written cards and letters. Even, and perhaps especially, when we are physically separated we remain part of the Body of Christ and “God becomes flesh and lives among us.” That is really the Good News of the Gospel for our day and all time.

In love and peace, 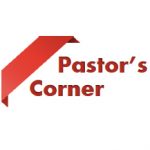