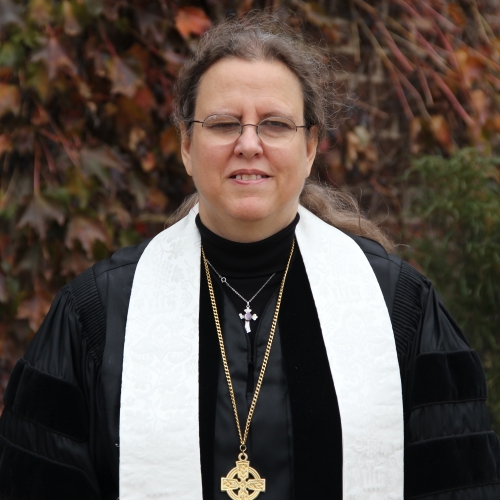 The Rev. Dr. Karen R. Moritz was born in Sanford, FL and ordained to the ministry of Word and Sacrament in Jacksonville.  As a “navy brat” and minister she has lived all over the US in the south, east and midwest. Her mother, brother, nieces and nephews currently reside in Council Bluffs, IA.  Karen has served as a hospital chaplain, parish pastor and university chaplain in various places around the country. Most recently she served as a Mission Coworker in Prague, Czech Republic. She worked as an Ecumenical Relations Facilitator with the Evangelical Church of Czech Brethren. The ECCB is the largest Protestant denomination in the Czech Republic and Karen worked as a bridge between Czech and US congregations and individuals.  She also worked with English speaking individuals and groups traveling to the Czech Republic. Karen has now returned to Lincoln, NE where she is serving as the Pastor at First Christian Church. She loves to read and enjoys music of all types. She is a movie buff and describes herself as a “SciFi geek”, and a big Doctor Who and Star Trek fan. She also enjoys learning languages; while in Prague she learned some Czech and began studying German.  She has studied Spanish in the past and hopes to learn more of that language. Karen loves to travel and while living in Prague she traveled extensively around the Czech Republic, throughout Europe, and made a return visit to Egypt.